About PotterSoft and Me, Phil Potter 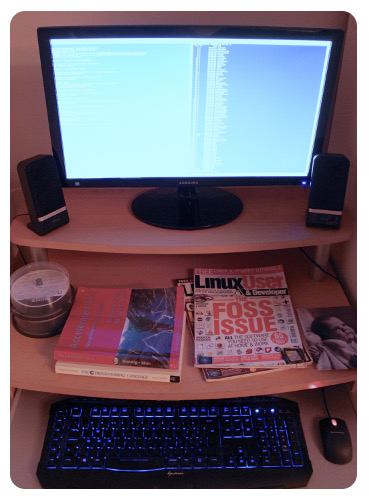 Since being a young child, I was always fascinated by computers and how they worked. As soon as I was old enough at 16, I got a job repairing and selling computers for a small business. In 2006, I began working as the ICT Technician for Cranbrook School, and have been here ever since. Not only have I been maintaining the computers here under my boss, the Network Manager, but I was also a boarding house tutor (Live-In) for seven years and have continued in this role from outside accomodation now that my amazing wife and I have a beautiful daughter. Recently, I have also been acting Head of House for one of our boarding houses also. Under contract from the school, I created a web-based boarding management system, to manage the behaviour and medical issues of our boarding students. I improved this system further, and it has since been implemented in other schools also.

In the meantime, I've been doing a Computer Science degree with the Open University, which I finally finished at the end of 2016, after seven long years! I enjoyed the degree immensely, missing out on First Class Honours by just two marks. In that time, I worked on various little projects, the most widespread of which has been MasterEmu. I created this and PhilPSX because the low-level workings of consoles and computers in general are absolutely fascinating to me.

Recently, I've been ramping up my Linux kernel contributions, as it gives me great joy contributing to something that affects the lives of hundreds of millions (possibly billions) of people, even if it is just in a small way. I wanted to make a focal point for my work, and to blog about my thoughts in general, in case anyone is interested! This is why I created this online presence. Please feel free to check out my GitHub presence as well: https://github.com/PhilPotter